Yesterday, when I saw these flowers that had sprung up through the dry grass and coat of winter leaves lying strewn across a neighbor’s yard, I could hardly believe my eyes. After such a long winter, I had become so accustomed to seeing nothing but shades of brown that the bright yellow and lavender of these blossoms came as a shock. I had to stop and take a picture. 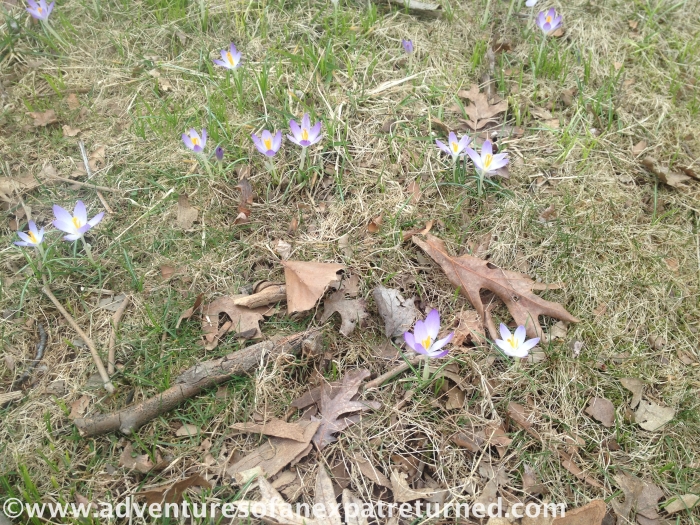 The first spring colors after a long, long winter

Looking at them, it’s hard to believe that I took this next picture just 6 days before the other! 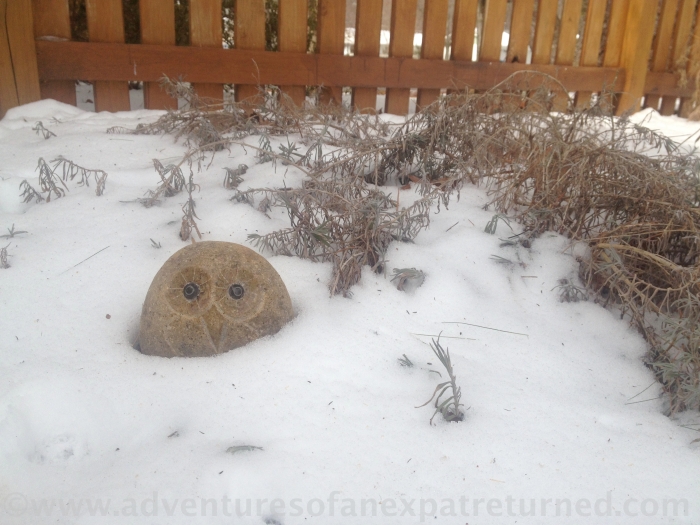 Garden owl, snuggled into the snow next to what remains of last year’s lavender, waiting for better weather

I am actually a great fan of the winter, the cold weather and the snow. This season, however, has been a little too long even for me. I am looking forward to spring. My bicycle is in the garage looking sad and bored and the woodland trails I love are a muddy morass. Bring on the spring, with its its bright greens of new growth and its warm, soft grass to lie down on. It will be coming soon. Until then, however, here is a little encore for the winter: some pictures from our last two big snowfalls, one a week ago and one two weeks before that. 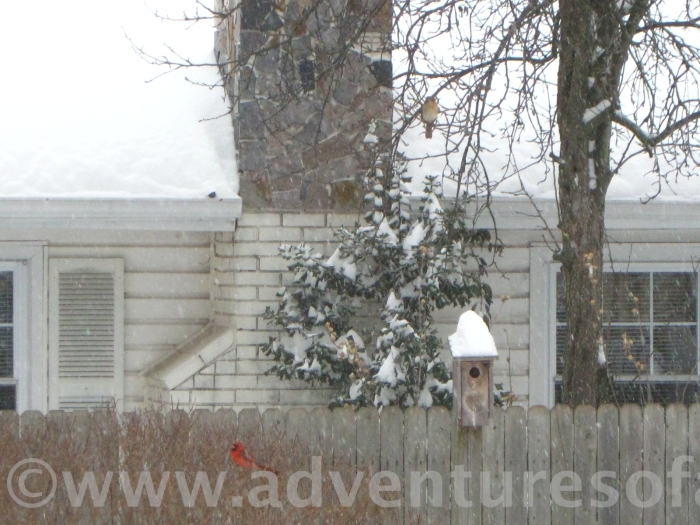 Two in the bush (so to speak): a male and female cardinal wait their turn at the bird feeder 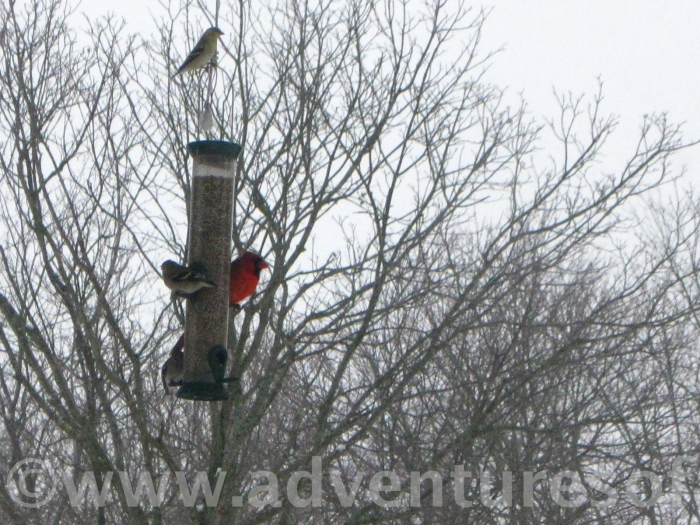 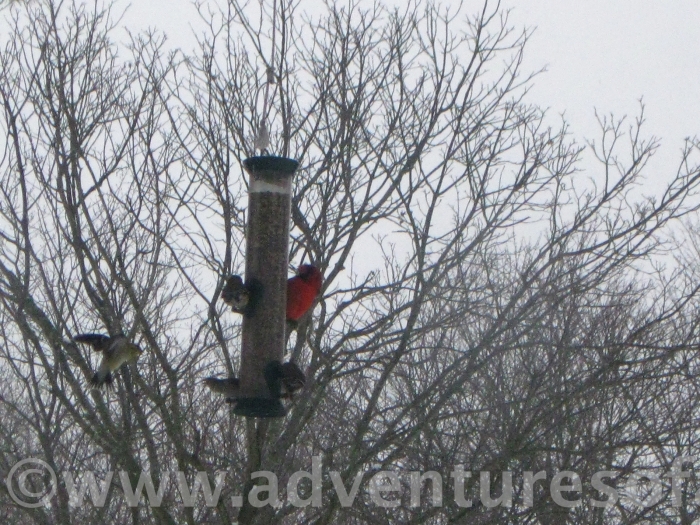 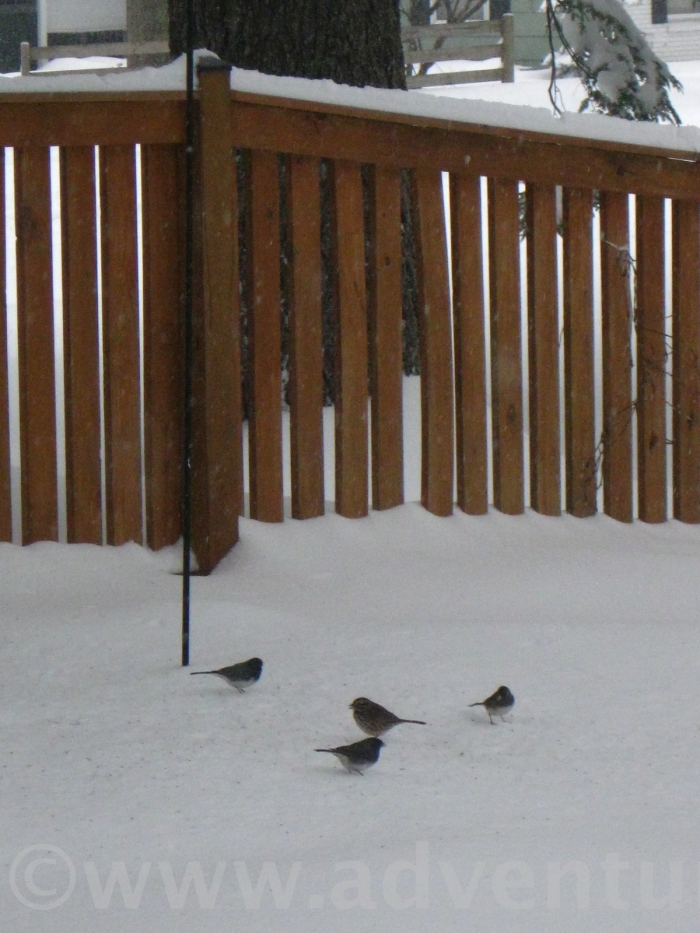 Under the bird feeder, the ground feeders clean up the fallen seeds 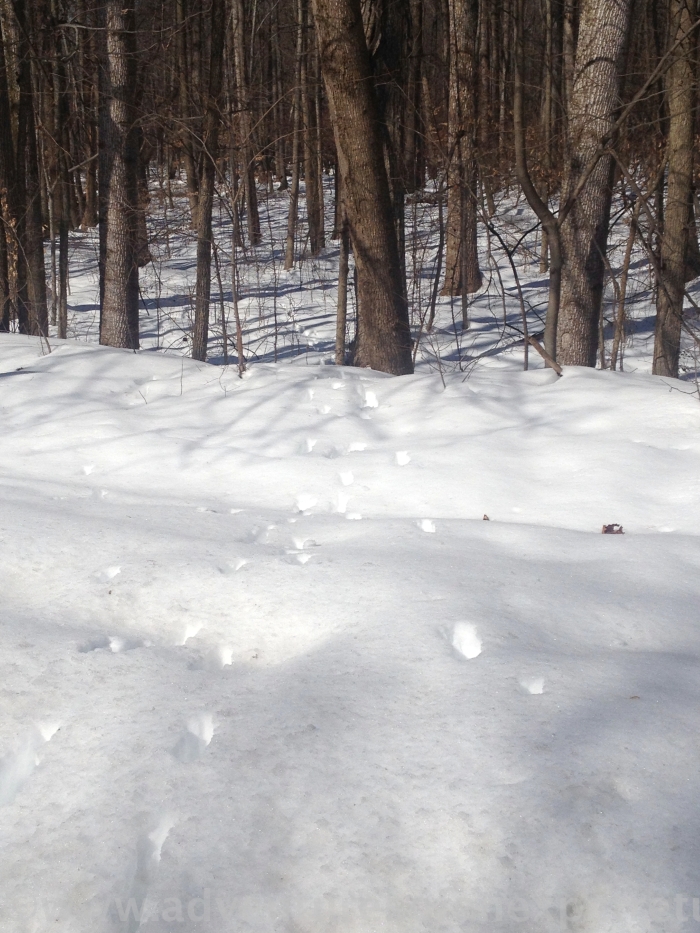 Following the hoof prints through the snow… 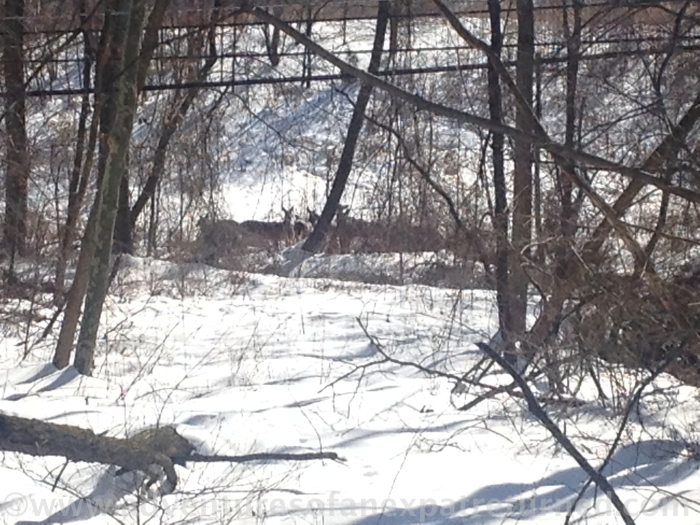 Can you see them all huddled together? I tried to count them, but there were more than a dozen of all sizes and ages.

As I stood watching, a flash of red caught my eye. Never before had I been lucky enough to see the neighborhood fox, but there he was, in broad daylight, prowling right past the herd of deer. They watched him but gave no sign of alarm at the sight. He was bright red and bigger than I would have imagined – he came up higher than some of their knees. I could see the white tip of his tail as he made his way up the hill behind him, slinking sleekly through snow. I couldn’t catch him in a picture, but I won’t soon forget. 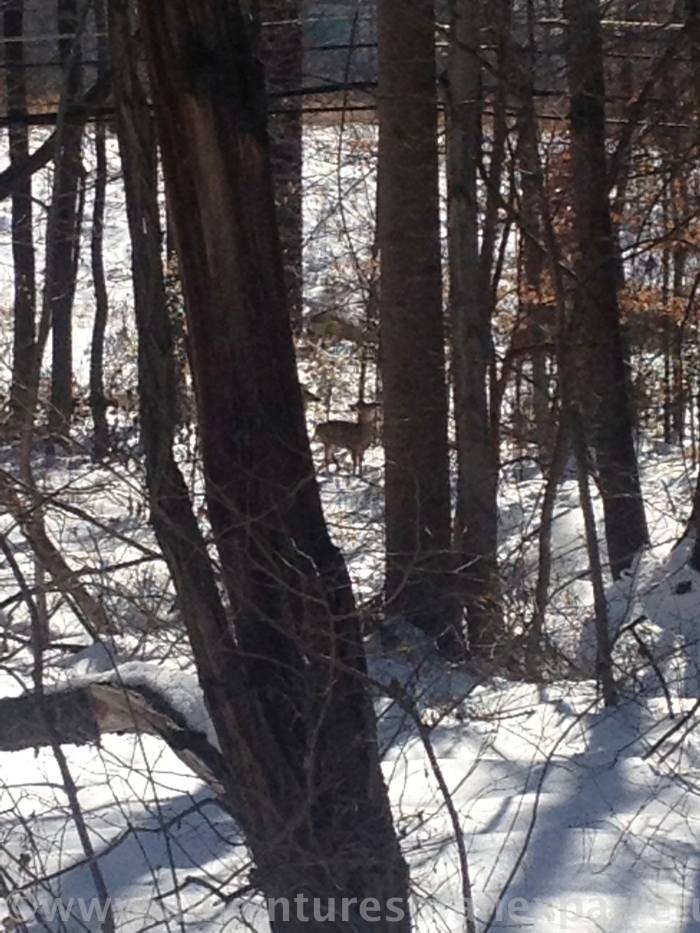 This straggler and a couple others were busy stripping the bark from trees. It’s been a hard winter for our local deer.

The deer won’t the only local animals to have a tough time this winter. We’ve done our bit for the birds, as well as for the squirrels. 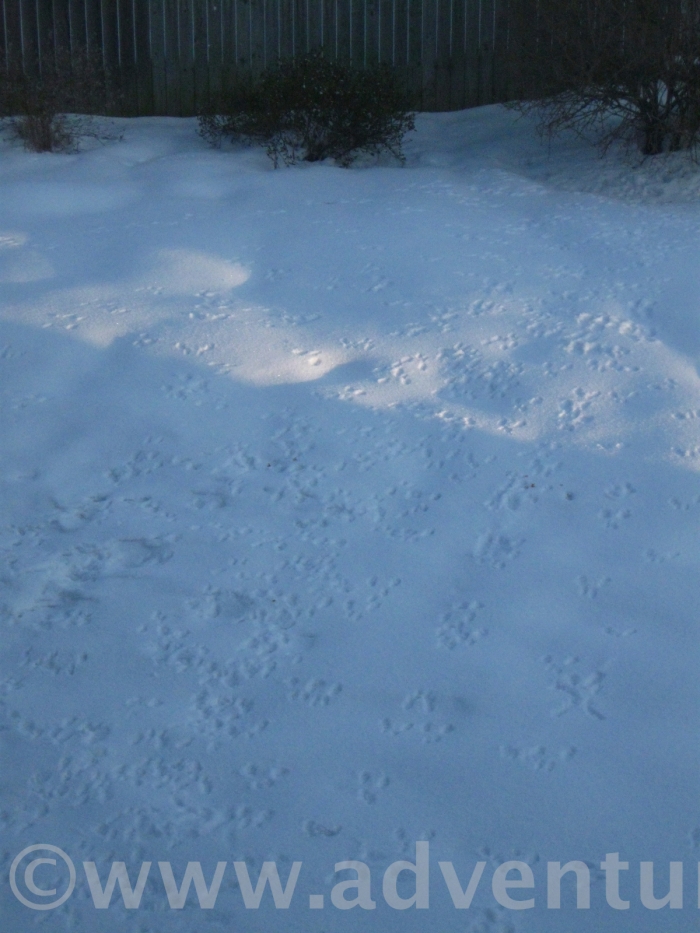 Squirrel prints on the snow. They’ve discovered the pile of peanuts we put out on the porch before going to bed last night. 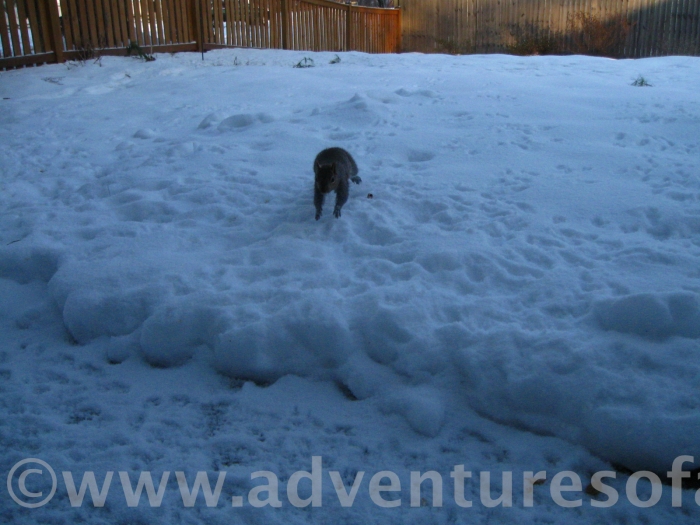 Action shot! The squirrels don’t so much run as  leap in bounds across the surface of the snow, braving the hawks that circle about the yard and the nearby woods 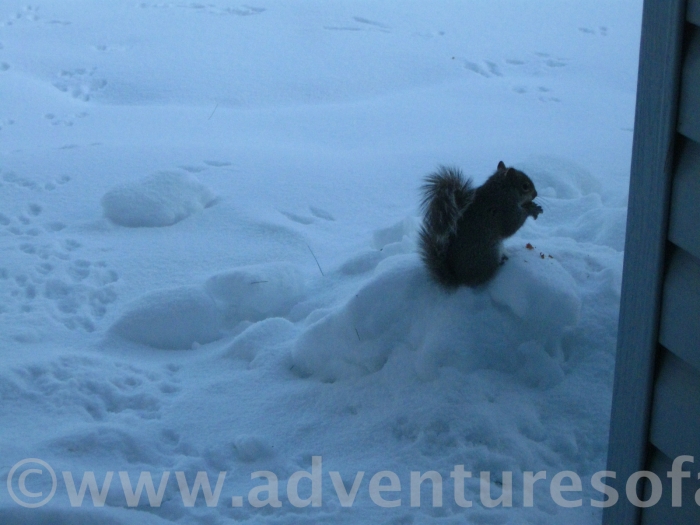 On that note, I’ll close, hoping that I’ll have no occasion to put up any more pictures of snow until next November!

Here are a couple of posts from some other bloggers out there who are feeling read for springtime:

Thanks for stopping by!

See you next time.